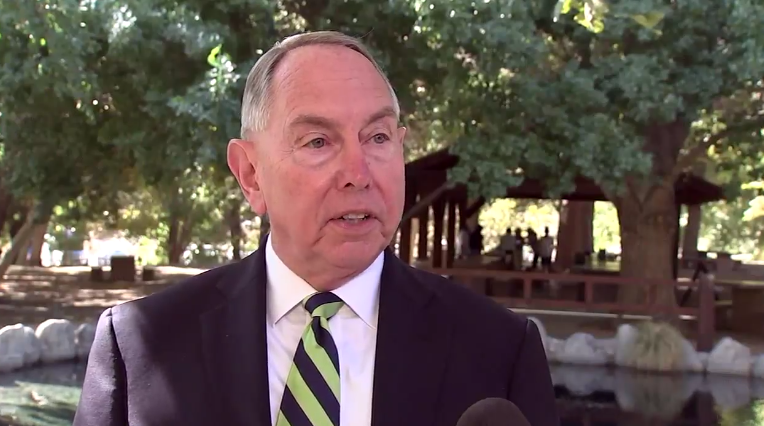 Cadiz, a water supply company, wants to pump out and sell 50,000 acre-feet of water from an aquifer under the Mojave Desert.

Sen. Dianne Feinstein is trying to stop them.

"It's those aquifers that keep the plant life growing which nourish the animals -- the bighorn sheep and the desert tortoises," the California Democrat said at a news conference at the Whitewater Preserve in Riverside County.

Feinstein, along with Rep. Raul Ruiz and state Sen. Richard Roth, spoke out against the Cadiz Valley Water Conservation, Recovery and Storage Project.

The project aims to pump the aquifer and pipe water from it across the desert to sell to Southern California cities.

According to Feinstein, the Cadiz Project wants to take more from the Mojave aquifer than is sustainable. She believes that it could have a lasting impact on the desert.

"The report said you cannot take more than 2,000 to 10,000 acre feet out of this aquifer without destroying it and Cadiz, to this day, wants to sell 50,000 acre feet from that aquifer," she said.

"One-hundred percent of the water conserved by this project is already leaving the desert under natural conditions," Slater said. "It seeps up and evaporates throughout ground surface."

Slater said the project would expand the water supply in Southern California while providing nearly 6,000 jobs and $1 billion in economic stimulus for the Inland Empire.

He also said the project would not harm the Mojave's ecosystem.

Opponents of the Cadiz project have denounced the environmental impact report's findings.

Cadiz is moving forward and Slater says the project needs to secure approval from the Metropolitan Water District to build a 43-mile pipeline to connect to the California Aqueduct.